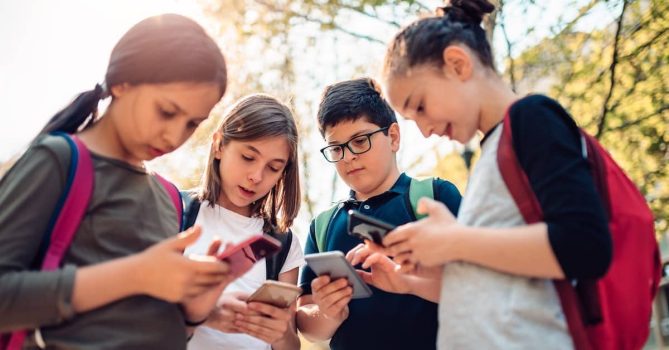 WebWatcher is one of the oldest parental monitoring apps available today. Founded in 2002, WebWatcher has always aimed and providing parents and guardians with real-time information about what is happening.

WebWatcher operates on all the platforms, from Android and iOS to Windows and Chromebooks. This makes it incredibly versatile.

WebWatcher is designed to be a monitoring app for parents and business owners. It gives you almost total control over the target device, allowing you to monitor information such as calls, texts, internet activity, gallery, among many others.

One of WebWatcher’s most important feature is the Alert Log. This is a sort of a filter whereby the software looks for alert words which you set, behavioral patterns, risky locations, and even risky photos. WebWatcher then notifies you in real-time whenever any of these come up.

You can still access the rest of the information through your WebWatcher account, but it is up to you to decide how much you need. If you’re sensitive about privacy, this feature is perfect for you.

WebWatcher has a host of advanced features that you can use to get the data you need. Since WebWatcher is available across a wide range of devices, we shall look at all the features available and then later compare them between devices.

WebWatcher is designed to look for words and trends that may indicate imminent risk to your child or business. For example, a child who frequently texts about death and suicide, or an employee who shares company secrets with competitors. You can tell the software what to look for and it will alert you immediately it suspects such a thing happening.

This is another very useful feature in this age of selfies. When WebWatcher identifies what it classifies as a risky photo, it sends immediate notifications. Such photos could include sexually explicit images, dangerous items, business plans, and the like depending on the situation.

This could be said to be a basic feature: you can see who has been calling or who was called, at what time and for how long the call went on. You can also choose to listen to that call if you wish.

WebWatcher keeps a record of all text messages sent from the target device, even the deleted ones. It scans through them to look for any suspicious activity and alerts you if any if found. You can also go through this information whenever you wish.

WebWatcher lets you see all the photos and videos taken with the device. Even if the user deletes any of them, you will still be able to access them through your WebWatcher account.

WebWatcher keeps track of all the places visited. It maintains a map of these and information regarding how long the target device stays there. You can also get real-time location information, and all this is achieved through the use of GPS.

WebWatcher lets you monitor what is going on in a wide variety of messaging apps. This includes apps like Whatsapp, Kik, and Viber. Besides, WebWatcher also lets you monitor Tinder. This is a feature that you’re not likely to find in other spy apps.

WebWatcher lets you see all the apps installed on the device, as well as the frequency and time spent in using them. If you wish, you can block some apps that you consider unproductive.

This is one of the original purposes of the WebWatcher software. On computers, one of the most commonly used resources is the internet. WebWatcher is designed to give you all the information you need, from sites visited, email monitoring, screening of known sites, etc. You can set alert words, and WebWatcher will take a screenshot at the moment it appears so that you have hard evidence. Furthermore, you can also block sites that you do not wish the target to access.

Every key typed into the target device is recorded by WebWatcher. This includes keys which were deleted afterward. This information will often include passwords and usernames.

WebWatcher is one of the most discreet monitoring apps. It is very hard to detect, even by using antivirus programs or scanning the file registry. It was created by programmers who previously worked for the NSA and is also used by Law Enforcement, so you can be sure that it knows how to hide.

The features available on WebWatcher depend on the device on which you’re using it.

As you can see, WebWatcher has a wide variety of features for all users. It just depends on what type of device you’re using.

WebWatcher is compatible with almost all devices.

How to use WebWatcher?

WebWatcher is incredibly simple and intuitive to use. All the controls and information is available through the WebWatcher dashboard. But first, you need to install it.

Installing WebWatcher is a process that will normally take up about 5 minutes of your time. There is an installation wizard that guides you throughout the entire process, where it’s a mobile phone or a computer.

There is a download link for the various products available at the WebWatcher official website. This means that the very first step is to visit WebWatcher.com.

Create your account there, choose a subscription plan and pay for the license you need. A link is sent to you via email.

Open this link in the target device, and a file will be downloaded. Run this file and follow the instructions as they come.

Once you have WebWatcher installed, you also need to set it up. This is because there are many preferences and settings which need to be chosen. Again, just follow the prompts.

Before you buy WebWatcher (FAQs)

WebWatcher was created by the most advanced engineers on the planet, some of whom are former NSA. WebWatcher is designed to operate discreetly and leaves no traces in files or resource usage.

How do I use WebWatcher?

There are many versions of WebWatcher, each for a different device. There are tutorials on YouTube on how to install and operate each. However, you won’t need such because WebWatcher is very easy and intuitive to use.

Can WebWatcher be installed remotely?

Unfortunately, no. WebWatcher needs you to get physical access to the target device at least once so that you can install the software. Once that is done, however, you can monitor it from anywhere on the planet.

WebWatcher has one of the most advanced Snapchat tools. It will give you access to everything that is taking place through the app, even deleted messages.

Even though it is the oldest monitoring app, WebWatcher has continued to evolve with time and still remains the most popular among concerned parents, guardians and business managers.

One of the things that makes WebWatcher so attractive is the fact that it operates across a wide range of devices. If you needed to monitor computers and mobile devices simultaneously, WebWatcher would be your solution.

Again, WebWatcher has some amazing settings that allow you to monitor for preset alert words. This means that you get real-time information about what is happening, but you keep your distance. If you value privacy, this is a very attractive advantage.

WebWatcher has been popular for almost two decades now, and with that level of innovation, they are not likely to lose their customers. It is our choice for the best monitoring software across all devices.