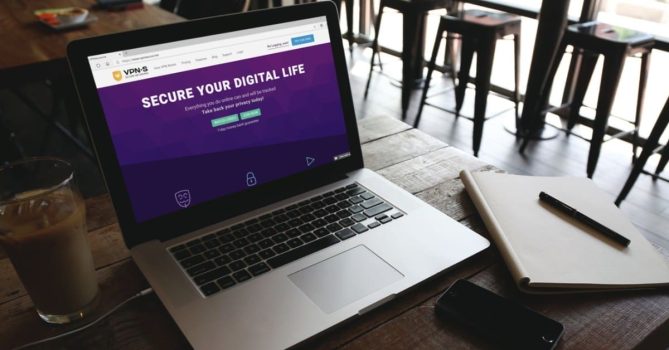 Today we’re going to be checking out VPNSecure. This is a VPN that’s made quite a splash on a lot of so-called VPN review sites, so we’re going to take a look and see if this is a legit VPN or not. Here in this VPNSecure review, we will discuss their features and functionalities in different categories like pricing, the application, the speeds of the VPN, the reputation, the support, and the extra services they offer. Let’s start digging then.

It’s pretty easy to point out all the pros a VPN service offers just by going through their website since just like any business, they meticulously mention and boasts even the most basic features. However, if you’re not technologically sound enough (which most people are not) to read between the lines, it’s hard to figure the drawbacks out unless you buy a long-term subscription and experience by yourself. Here we came to your rescue and compiled a neat list of their features with possible flaws.

VPNSecure features a unique model of encryption which sounds very versatile and user-friendly. Unlike most top-tier VPN services, they let the user choose what encryption cipher.

You can select a low encryption level of 64 bit if you want to hide your browsing history from your girlfriend or next-door teenage hacker. And in case you’re a journalist, activist or politically vulnerable or just someone else who need to protect his online activities from the top-level adversaries like the government, NSA, etc., you can choose the highest-level AES 256 encryption. However, while all these sound like you have multiple options, letting the users choose which cipher they want to use, weakens the overall security profile, especially when users are not technologically sound and careful enough to use the right cipher for a particular purpose.

A simple mistake of forgetting to change the cipher option in settings can result in dangerous consequences, which questions the very idea of a VPN service, which should offer the highest security work out of the box.

They specifically said what data they do not log which includes incoming IP address (user’s original IP), connection and disconnection timestamp, bandwidth amount, and DNS requests. This is a great approach to openly disclose what they do not log in front of prospective subscribers. On the other hand, other VPN services should learn from VPNSecure about how to craft a fuss-free no log policy statement.

VPN Server access and ownership: As per their statement, VPNSecure is the only entity who has exclusive access to operate and control over all of their servers without any third-party access, located in 48 countries all over the world.

This is a bold claim where we know many reputable VPN services not only hire third-party servers to extend their reach, also unethically claims “virtual location” as a physical server to artificially boost their locations. It proves VPNSecure does take their business seriously and dedicated to offering a real no-log VPN service.

One of the most prominent features VPNSecure offers is the “Stealth VPN.” If enabled, this feature would help you to bypass even most strict firewall censorships like China. Where other VPN companies are having a hard time to bypass infamous China censorship, this is undoubtedly a commendable job VPNSecure did here.

VPNSecure is located in Brisbane, Australia currently, which is a partner of 5 eyes coalition. However, being in Australia doesn’t make any VPN service bad instantly considering some popular VPN companies like PIA located in the USA.

Still, this is a drawback for any VPN company being located in any such countries. Having said that, they assured us that they are already planning to move their entire operation to Hong Kong permanently, although they failed to inform any exact date or time of the same. Hence you should take their promise with a pinch of salt.

This is an incredible offer for those who are standing on the fence and haven’t decided yet. You can download their free trial app which will give you full 31 days of VPN access to try their service, albeit with only one single USA server will be available for you to use.

There’s no need to put your credit card details to access this free trial; hence there’s no chance of accidental charge even if you forget to deactivate the account, in case you don’t like it.

Read more: ExpressVPN Review: Is It Worth Considering?

VPNSecure has its presence in 48 countries worldwide, with exclusive access and control over in each of their servers. Not many companies can guarantee such exclusive control over worldwide server locations; this is indeed a great feature we have seen lately for a VPN service.

We have tested their speed using multiple devices like pc, mac, Linux, routers and even with raspberry PI (yes, they provide a solution for raspberry too which is a cool feature) and haven’t experienced any noticeable lag. In terms of speed, they are at par with the top VPNs available in the market, sometimes VPNSecure even surpassed them, which was a pleasant surprise for us.

While they have many features screaming in favour of them, they lack in some crucial aspects.

They are primarily based in Australia, which is a poor choice for a VPN company to be located. They claimed that they would shift to Hong Kong soon, but they remained silent about the time of moving. This is a vital flaw which couldn’t be overlooked.

They offer all popular VPN protocols, including OpenVPN. Moreover, they provide individual OpenVPN configuration files for all of their servers. People who do not want to rely on proprietary VPN apps would like this feature to be more secure. However, they provide user-controlled encryption options ranging from 64-bit cipher up to 256-bit AES encryption, which increases the chance of mishandling of the VPN by inexperienced users. They are bragging about this so-called feature on their website, claiming that they are giving users to control cipher quality, which is utter crap.

They shine above all in this very aspect! One of the most comprehensive, no-nonsense logging policies they have, that too on a dedicated page on their website. Credit should be given where due, a great job indeed.

They have DNS leak prevention, and connection kill switch enabled in their desktop apps, which is a nice thing. However, both of the options are not available in their mobile apps, though that’s true for most other VPNs. Because it’s hard to program an app with those security features due to ever-increasing security complications coming with every version of Android and iOS.

Upon considering the factors mentioned above, we think it’s safe to VPNSecure for all other purposes unless you’re planning to do some “nasty” stuff which can make you a target of government or security agencies. For any other reason, VPNSecure is reliable and secure enough to hide your traces online.

With VPNSecure, you will get unlimited torrenting bandwidth without any cap. They don’t restrict P2P/torrent traffic on most of their servers, except few US and UK servers for obvious reasons.

For the streaming and Netflix lovers, there’s bad news if you’re considering VPNSecure. Streaming is blocked on their servers and neither they have any plan to focus on this anytime soon, their live chat assistant said.

Their live chat support is fastest we have ever experienced with any VPN service, and we tested almost all the major ones. We sent them emails asking a few questions regarding their service, and we got a reply even before an hour. However, considering your time zone, email reply can be delayed a bit, but they commit to a maximum of 24 hours to reply.

VPNSecure has a never-before-seen pricing strategy; there’s no other top-rated VPN company adopted such policy as per the best of our knowledge. No, we are not talking about their regular pricing which you’ll find on the website easily and which is at par with other VPN services in the market ($9.95 monthly, $8.32/month for the half-yearly plan and $6.66/month if you subscribe for a year). Here we are talking about their “lifetime subscription plan” which you won’t find on their website. Yes, they are selling a lifetime plan via affiliates for $34.99, which basically makes it even cheaper than their regular half-yearly plan! We can’t comment on this peculiar marketing strategy; time will tell how good they do. Neither we can give VPNSecure lifetime subscription review right at this moment, cause that will require us to use their service for at least a few months.

Their apps are pretty nifty in terms of user-friendliness, specifically the desktop apps (PC and MAC). The mobile apps lack in few essential features like DNS leak protection and kill switch, but they are also dead simple to use and works quite a point-and-shoot way.

Is VPNSecure a good alternative for other popular VPN services? Well, it depends on what do you want to achieve! It’s certainly not a gold-standard in the VPN industry, but it excels in few critical aspects like smart pricing strategy (cheap lifetime access), full disclosure of no log policy, bypassing China firewall, etc. And if they move to Hong Kong soon as they said, they will definitely give other VPN companies a run for their money! Till then, fingers crossed.