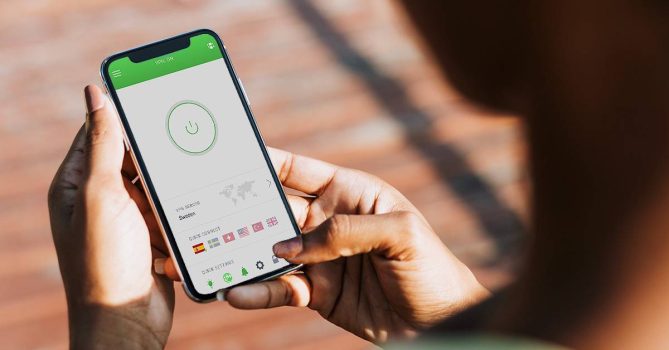 Whenever it comes to online privacy and being anonymous, a VPN is what we talk most of the time. There are other more secure, more private, and of course, more anonymous ways to browse the internet, like TOR; however, those are not always very suitable in our day-to-day usage cases. Many countries and their ISPs block TOR traffic and using TOR directly from ISP connection can put you in a watchlist of potential suspects there; hence, people often end up using a VPN to use TOR! Does that mean VPN is all good without any flaw? No, far from that! There are always good and bad when it comes to VPN. Actually, today we will talk exactly about that, a very reputable VPN service – Private Internet Access, aka. PIA. We will dig into its features, we will check if they are following standard security protocols, and finally, we will see if they are worth your hard-earned money. Without further delay, let’s proceed with our Private Internet Access review.

Let’s go ahead and start with an old-school style pros and cons section in this article. A disclaimer I must put here before I start, which is, I have used PIA service myself for several weeks and paid as per their pricing in full. Nor I used a trial copy of their service, neither I received any payment for this PIA VPN review.

In my period of usage, I found their servers are pretty fast, and oftentimes faster than the other popular VPNs known for their speed, which was a pleasant surprise. Most of the time, they surpassed my expectation with their fantastic download and upload speed, even when I selected a server far away from my place or country. This shows that they are indeed using the top ISPs regardless wherever the servers are located. No cost cutting here they did, and they deserve a huge shout out in this aspect.

Typically, almost all VPNs do claim they do not retain logs of customer’s activity while being online through their service. However, it’s hard to judge how good their claim is unless they go through some actual subpoenas from government or law enforcement agencies. PIA, in fact, received such subpoenas total two times, and the most recent incident was from the year 2018 when they were requested to hand over logs of a particular user, named Ross Colby by FBI.

However, PIA was unable to provide any details or logs as they don’t keep any. Though, the accused Ross Colby, who was charged for a serious crime like hacking into several media websites, couldn’t save himself from the law as the FBI found traces of his original Comcast assigned IP addresses along with the PIA IP addresses, the highlight is that PIA doesn’t store your logs whatsoever. Hence, PIA has successfully proven their words in the real world situations, and mind it here FBI was involved! Not many VPNs can claim such victory over agencies like FBI; PIA again trumped their competitions here.

Read more: ExpressVPN Review: Is It Worth Considering?

If your intention of getting a VPN is torrenting, PIA would be a solid choice. They do not monitor your traffic, they have no bandwidth cap absolutely, and they just don’t give a damn whether you’re emailing to your fiance or P2P file sharing. What more can we expect!

One of the oldest VPN running since 2010

Private Internet Access is one of the oldest and well-known VPNs out there and has one of the best reputations in the business. They have been around since 2010, and they have continued to be one of the most reliable services ever since. They have been awarded the “most stable VPN” title by VPNMentor in 2017.

Unfortunately, not everything is good about them, there is more than one con, which I think you must be aware of first before you give them your money.

Surprisingly, their support has no live chat option. PIA do have some video guides and a variety of tutorials on their website, but as far as support goes, your only options are either to submit the ticket or to email them directly. You can contact them on twitter too.

Their response time is fast; they reply to the tickets and emails within a 24-hour timeframe. I received their reply within two hours maximum, which is pretty amazing, but your experience can vary based on your timezone. However, nothing compensates the comfort and promptness of live chat support that every other VPNs offer. Omitting such a common and useful feature simply makes no sense to me. It’s a big drawback on their part, no doubt about it.

No Netflix or streaming support

If you’re interested in accessing content in Netflix, you’re in bad luck. PIA does not support Netflix or other streaming services. Some people have found success with specific servers so you may want to bounce around the few of the USA based servers, to see if you can get them to work.

There is an elephant in the room; that’s their jurisdiction. I personally have no problem with a VPN registered and operated in the USA, and I think this jurisdiction subject has been a little overstretched in many cases. Especially, when they were successfully able to win over subpoenas by declining to hand over any log of their users two times repeatedly, still it’s a big flaw for a VPN to be located in the USA. Obviously, the USA is not an ideal choice of a VPN, or for that matter, any country which comes under in the “5 eyes” group. Of course, PIA doesn’t keep your logs, but it’s still something to keep in mind.

Private Internet Access has some interesting data encryption and authentication methods. They offer standard grade AES 256 encryption, and a low-grade AES 128, and even no data encryption at all! The default setting in their app is fixed at AES 128 encryption (unless you change that manually), which is a low-grade encryption protocol which some may think as insufficient.

Though there’s no known encryption breach till date as per best of my knowledge with AES 128, it’s not very wise for a VPN to make that inferior encryption as a default option in their app. They do offer “no encryption” option too! If you’re wondering what’s behind this weird encryption strategy, they said it’s for speed. Some people might not need the highest level of encryption as their security threat is moderate to low, so they will be benefitted by the increased speed if they choose AES 128 or no encryption option.

By the way, your IP will still be hidden from the website you’re visiting or your submitted login details on those sites will always be encrypted, even if you choose no-encryption. Your live traffic won’t be encrypted in that case, and your ISP would be able to monitor your traffic if they intend to. Having said that, the purpose of a VPN service is ensuring maximum security mostly, and speed does matter when you’re torrenting, streaming, or downloading files. Is it a pro or con? I can’t tell you that because everybody’s intention is different.

Read more: VPNSecure Review 2021: Do not subscribe until you read this

Private Internet Access has a single plan with tiered pricing based on the length you’d like to commit. Starting from the monthly plan which is $9.95, they have a yearly plan ($5.99/month) and even a bi-yearly plan too where you’d have to shell out a lump sum amount on $3.99 monthly basis. In the bi-yearly subscription, they offer 3 months of free access so that the total amount would come down even lesser. There’s also 7-day money-back guarantee, so that part is also covered.

Private Internet Access is a love-hate thing; there are many fanboys and almost the same numbers of haters as well. People love them for speed, and people love them more when they hear about how they denied the FBI to provide the user logs despite being in the USA. And haters hate them for their lack of live support, for their USA origin, and casual approach to encryption. Do I recommend them? Yes, only if you’re torrenting or casual browsing. For anything more serious, look elsewhere, please.