How To Figure Out Who Hacked Your Phone? 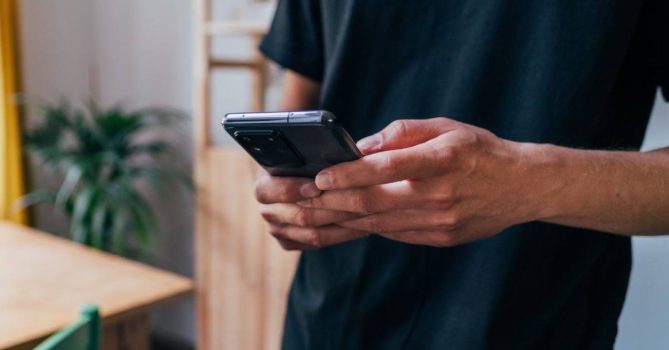 Gone are those days when we used to do different things with different gadgets, now we do multiple tasks with a single device, which is our smartphone. Smartphones replaced the camera, alarm clock, diary, pen, bank passbook, radio, TV, MP3 player, and many more tools that were essential once upon a time.

Hence, a smartphone holds a lot of sensitive information about anyone, and in case of unauthorized access – it can result in severe privacy breach and significant financial loss as well.

The problem is, people often don’t realize the gravity of such a situation, so they fail to notice the apparent hints of hacking and don’t take necessary measures to secure their phone until it’s too late.

Here I’ll tell you when you should suspect that your phone might get hacked, and how to unhack your phone easily in a step by step manner in this brief guide. So, without wasting any more time, let us start with our journey towards securing our smartphones once and for all.

When should you suspect hacking?

Is there any unfamiliar app?

Check your app drawer carefully and see if there’s an app you can’t remember installing. Although smartphone companies put some pre-installed apps on the phone even before you start the phone for the first time, those are usually safe, and often called as bloatware.

But if there’s an app that’s neither bloatware nor installed by you – that can be a malware, or spy app, or even ransomware. To make sure what kind of app that is, you can search in Google by its name.

There should be plenty of information about any known legit app, or might be there’s no data available for that app, which should be a clear sign that your phone has been infected already.

Quickly uninstall that suspected app, and subscribe to a premium antimalware in your mobile to avoid such a situation again.

Do you feel that your phone is draining the battery much quicker than it used to do? Phones gradually lose battery capacity over time; obviously, older phones don’t last as long as a brand new phone does.

But if the change is sudden and battery drain is a lot faster than usual, then some hidden spy apps are probably running in the background and eating your battery power while monitoring your every activity on the phone.

Install an antivirus on your smartphone and run a full device scan to find out the malicious app. Sometimes even an antivirus may fail to detect the culprit – in that case, a full factory reset is the only way to get rid of the hidden spy app.

Read more: How to Stop Someone from Spying on My Cell Phone?

Phone to hot while in the idle state

Today’s smartphones use very advanced processors that can be compared to a desktop PC in terms of raw processing power, and it supports multitasking and graphics-heavy games. Therefore it’s not usual to feel the phone hot enough while you’re gaming or opening multiple tabs in your browser.

But while the phone is idling, it should be in deep sleep, meaning it runs nothing but just a few very system services to keep it ready to wake whenever you want. Hence, it should not feel warm when you’re unlocking your phone for the first time in the morning.

But if the phone gets warm even while it’s merely idling, that indicates some programs are still running, and it could be spyware which is working inside while hiding from plain sight. Again, use a good antivirus or antimalware program to detect such an app and uninstall it immediately, or a factory reset would save your day.

Read more: How To Tell If Your Phone Is Being Monitored?

Is your phone bill ridiculously high?

If you have have been charged a high rate in your phone bill and you can’t remember the reason for such high charges, check your bill details carefully. Look for any strange foreign number in the outgoing section or premium-rate SMS charges.

This is one of the oldest hacking methods where cybercriminals install malware on your phone which sends premium-rate SMS or makes silent outgoing calls to unknown numbers in order to earn revenue for those hackers.

Those foreign numbers should be listed in your bill details if such things happened, and once noticed, you must call your service provider immediately to block all those numbers. Then do a factory reset to start from a clean slate again.

Are you tired of getting suspicious pop-ups every now and then even when you’re not using your browser? Did you notice that suddenly the websites which you visit regularly are showing many more advertisements than before?

Especially pop-ups or banner ads with messages like “you won a new iPhone,” or “your phone got infected” are the ones to beware of, those are almost always a definite symptom of malware infection.

You should never ever tap that banner or anywhere on that pop-up, simply tap the back button exit regardless of whatever it’s offering.

Noise while you’re making a call

Most of the time a noisy call simply means bad network condition or poor signal reception or other technical reasons. However, if it’s a technical problem, it should be improved once you’re in an area where network reception is good.

But if your call is always noisy and not improving at all, then it could mean that someone is tracking your call or your phone is getting monitored.

If your phone doesn’t have already, install a third-party network monitoring app on your phone and have a keen eye on it.

Spy apps rely on mobile data to transmit your data to the hacker, so if your phone is infected – you’re bound to see an unexpected spike on data usage even when you’re not using data actively.

If you notice a sudden rise in data transfer on your network monitor app, check which app is using most of the data. If it’s a newly installed app, chances are it’s acting maliciously – simply remove that app by completely uninstalling it from the phone.

After that, run a full system check-up by a mobile antivirus app to make sure there’s no further malware on your phone.

How to prevent your smartphone from being hacked

Firstly and most importantly, never use an open Wi-Fi, which isn’t password protected. Secondly, even though it’s a secured Wi-Fi, make sure it’s not a fake and controlled by a hacker.

Sometimes, primarily in hotels, hackers install a fake Wi-Fi router nearby with a similar name and same password of the hotel’s original Wi-Fi to fool unsuspecting people. Hence, if you’re in a hotel and notice more than one Wi-Fi signal, bearing the hotel’s name – ask the hotel to know whether all of those are belong to the hotel.

Lastly, always use a reputable and paid VPN app whenever you’re using public Wi-Fi. VPNs encrypt your connection, so even if the connection is hacked, your data will be secured.

Do not click a random link from a message or email

Hackers or cyber criminals send malicious links via email and messages which redirect you to fake sites to infect your phone with malware, so it’s best to delete any such email or message you are not expecting to receive.

Do not store anything sensitive on your phone

It’s best not to save any picture, message, or document on your phone, which is sensitive in nature, you can use a separate offline storage device for all such things.

This is also applicable to various passwords you use for different banking apps, emails and other services – do not let your phone “remember” those passwords no matter how convenient it seems. Simply uncheck that “remember passwords” field in every app and browser, and type them manually whenever you need to access them.

Read more: How To Tell If Your Phone Is Tapped?

Most infections happen when you install a third-party app or pirated version of a paid app, so that’s a strict no-no if you don’t want your phone to be hacked.

Do not root your phone

Even if your phone is hacked, spyware often can’t do serious damage or access more valuable info due to the in-built security of your smartphone.

Read more: 13 Ways on How to Find Hidden Spyware on Android Phone

But once you root your phone or install a custom ROM, that security feature no longer works. Therefore unless you’re fully aware of what you’re doing, better not to try such things, especially if it’s your daily driver.

Closing words – How to remove a hacker from my phone

But if you want absolute peace of mind, a factory reset or full format is always recommended, that’s the only 100% guaranteed way to remove any spy app or monitoring tool.

How to Tell if Your iPhone is Hacked?

How To Hack Text Messages Without Access To The Phone?

4 Ways to Recover Deleted Texts from Your iPhone