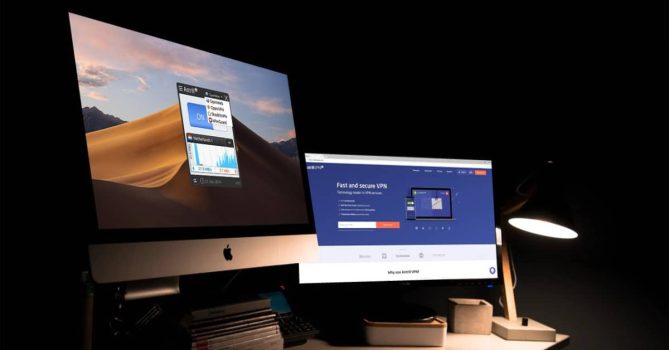 Let’s start with our today’s VPN review, and today we have chosen a very different kind of VPN here. Why it’s different and what’s so special about it? You’ll know in a moment, but before that, can you guess the name already? If not, it’s Astrill VPN. Yes, it’s not a new kind in the block, you’ve probably heard about it before. But let me guess, you probably have never given a serious thought about this VPN. That’s mainly because of most VPN review sites usually review the well-known VPNs (like Nord VPN, ExpressVPN, PIA, etc.), so whenever you search for a good VPN, your Google search result get flooded by all those popular ones. That’s the reason I’ve decided to do a complete Astrill VPN review in today’s article so that you get to know some of the amazing features they offer, which even the top-end VPN services lack.

Superfast gaming servers based in Asia:

While VPN mainly addresses three things, privacy, security, and anonymity, it doesn’t mean that it has no fourth purpose. There’s a specific niche where a VPN is in high demand, it’s the gaming. Online gamers often need to fake their location to get into the faster server in another country for some geo-restricted games; hence, they are always looking for faster VPNs. Astrill is among the very few ones which have some of the fastest gaming-focused servers located primarily in Asia region, as the demand for fast Asian servers is always high.

Astrill VPN has two types of plans, one is for home users, just like you and me. And another is for businesses. Pricing of the business plan starts from $6.28 per month per account basis, and you have to buy a minimum of ten accounts to be qualified as a business customer. A business plan includes 100 GB of VIP data (faster servers) in addition to regular unlimited VPN data.

No VPS, only physical servers

Unlike other VPNs, Astrill provides only real physical servers from worldwide locations. Most other VPN services employ virtual servers to flaunt their huge location count. It’s definitely a plus.

There are some devices like gaming consoles or smart TVs, where you can use a VPN due to hardware and software limitations. At least that was the situation till Astrill came with this unique feature where you can install Astrill’s app on your PC and use it as a Wi-Fi gateway to share your VPN connection with those incompatible devices. This feature has another advantage too.

As your PC can now act as a W-Fi gateway with Astrill, you can very well connect multiple phones or other devices with your PC through Wi-Fi and use the VPN connection in those devices too. That means there is no need to install Astrill app on every single device individually. Of course, this also means that all of those devices would need to be within the Wi-Fi range of your PC and the PC itself need to be powered on and connected to the VPN whole time.

Multi-hop is not a very unique feature in that sense, a few other VPNs are offering this same feature with their service too. However, providing a function is one thing, and successfully implementing the same is a whole different ball game. Let me explain a bit here. Multi-hop is kind of multi-VPN. It’s much more complicated than that though, but let’s not get into all those technology jargons. So what multi-hop does? Instead of making you go through a single VPN tunnel, it adds one more VPN tunnel on top of that, essentially making the whole connection twice secure.

Personally, I don’t think there’s any need for such overly complicated technology because a single VPN is already secured enough against any humanly possible security threat, still what’s the harm, right? Actually, there is a very significant drawback of this function, which is it slows your connection down drastically.

Even with a single VPN tunnel, your connection gets slower a bit as it has to travel through an encrypted channel before reaching to your destination website, now with double VPN tunnel, it’s quite understandable that it will make your connection slower even further. At least that was the case until Astrill came with this feature and combined this multi-hop feature with their high-speed VPN servers to make your browsing experience virtually lag free. As I said before, offering a new feature isn’t always enough, proper implementation is the key, and Astrill took the crown here.

If people know Astrill, they probably know it for this very reason. While other VPNs struggle to bypass the China firewall, Astrill does an amazing job here and bypass the same with their proprietary stealth VPN protocol. I generally do not encourage my readers to use anything proprietary and suggest only open source protocols like OpenVPN, here I’d like to make an exception.

So, is there everything golden and shiny at the Astrill? Nope. There are two huge downsides, too, and they can be vital enough to be a dealbreaker for many.

If you’re expecting a standard no log policy, you’ve mistaken. While they strictly keep no personally identifiable record like your original IP addresses (entry IP) or physical location, they do keep a few pieces of information like timestamp and duration of connections, device type and Astrill app version number of last 20 connections. As per them, such logs are necessary for troubleshooting, in case you face any glitch with your VPN.

I must applaud their honesty, many other VPNs probably keep all those logs and still avoid mentioning. Having said that, there are of course a few other VPNs who do not keep any record at all, no matter what! This is something not acceptable for many people who are serious about their anonymity.

Astrill promotes this is as a “pro”, but that’s far from the truth. One of the main features of a VPN is blocking all outside traffic (all traffic must go through VPN tunnel) on a device while the VPN connection is active, thus making sure there’s no chance of accidental IP leak. Adding a so-called “split-tunnelling” feature just mitigates the overall security. Of course, you can avoid doing that and make all the connection go through your VPN tunnel only, you just have to make sure that split tunnelling option is off in the app setting.

Read more: VPNSecure Review 2021: Do not subscribe until you read this

In this Astrill VPN review, I focused on their pros and cons only, without mentioning most other regular details. Why I did this way? As I said already, Astrill is a very different kind of VPN with some very unique and fantastic features and some awkward drawbacks at the same time. Apart from that, most of the typical elements a decent VPN should have, like kill switch, DNS leak prevention, reasonable pricing, offshore-based location (Seychelles), 24×7 support with live chat, etc. – Astrill got all of those covered. Honestly, if we ignore that two drawbacks, Astrill is definitely a strong contender to be on the top 3 list of VPN services.